NB: Please note that we are unable to help with potential cases that happened in Scottish hospitals/GPS as the firm operates under English law.

Hip replacements, particularly for the elderly, can be truly transformative, restoring a quality of life once thought gone forever. However, in recent years problems have emerged in connection with some of the most popular and widely used hip implants. Some metal-on-metal implants – particularly the DePuy ASR models – can cause dangerous levels of cobalt and chromium to be released into the body, causing inflammation, muscle erosion, pain, and even non-cancerous tumours.

Other replacement implants can be responsible for pain in the hip or groin, difficulty in walking, clicking sounds in the hip, or numbness in the leg.

If you experience any of these symptoms, or you know you have had a DePuy ASR implant fitted you should consult your doctor urgently. But you should also consult a solicitor.


Over 40 years’ experience as medical and clinical claims experts


No Win No Fee

How many people are affected?

Surgeons are currently reviewing all hip replacement operations but for your own peace of mind it is advisable to get professional legal advice with a view to making a claim for compensation.

Patients who have had ASR implant surgery may be able to make metal on metal hip claims for pain, suffering and financial loss. If you know that your hip replacement is of the Depuy ASR type, have suffered symptoms or have undergone early revision surgery, we suggest you discuss the matter with a specialist solicitor for advice on suing the NHS and hip implant manufacturer for damages.

Stone Rowe Brewer LLP have a dedicated clinical negligence team and are experts in handling claims for hip replacement and medical product negligence cases. From your initial call to receiving compensation we are with you every step of the way.

Contact us today about your possible claim. Call 020 8891 8002 , complete the form found at the bottom of this page about your enquiry. 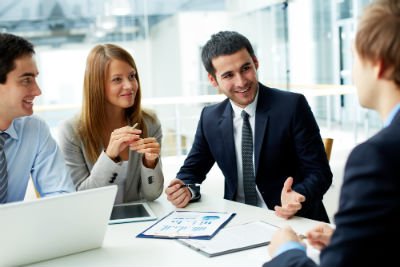 A surgical procedure that becomes essential for some patients to maintain mobility and improve their quality of life, most operations to replace damaged or problematical hip joints have a positive outcome. In elderly patients, a hip operation can transform daily routine.

In some cases, however, complications may occur later on, due to the implanted replacement hip parts themselves. Here, we review the inconvenience or difficulties that might arise – and how to get help.

Unfortunately, certain metal on metal implants used for hip replacement procedures were found to wear down, causing potentially serious adverse reactions inside the body. This deterioration affected a number of brands of hip implants; common symptoms included clicking sounds or numbness in the leg.

When introduced, Depuy ASR metal on metal implants were billed as a new generation of hip prosthesis, more durable and less likely to dislocate. They were aimed particularly at active, younger patients.

Unfortunately, though widely used, ASR hip joints were liable to degenerate and fail earlier than expected, thereby releasing metal debris and dangerous levels of chromium and cobalt. Apart from localised damage or destruction of soft tissues and consequent inflammation, signs included erosion of the muscles, unusual groin and buttock discomfort or pain – and even benign tumours. A recall started in summer 2010, shortly after the defects were first discovered. Depuy Orthopaedics is part of the Johnson & Johnson group.

Also known as osteonecrosis or aseptic necrosis it is a well recognised and potentially devastating complication related to the prolonged administration of corticosteroid treatment occuring more frequently in the femoral head. There have also been some cases of damage being caused with short-term use of high doses of corticosteroids. Death of bone tissue often leads to pain , fractures and impaired mobility. If left untreated there is a very high likelihood that there will be collapse of the femoral head leading to the need of hip replacement surgery.

Contact us today about your claim and get free advice

We use cookies to ensure that we give you the best experience on our website. If you continue without changing your settings, we'll assume that you are happy to receive all cookies. Find out more.